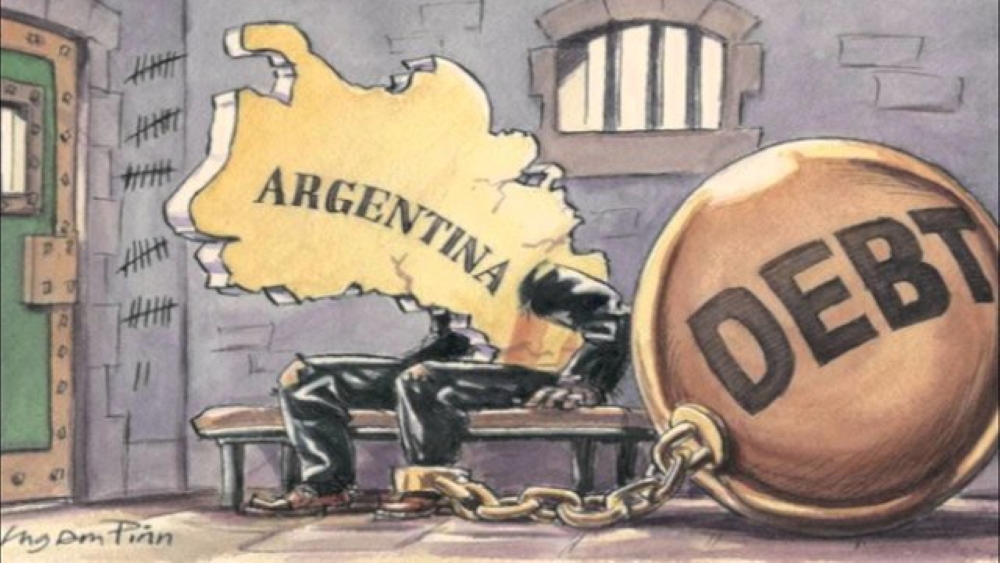 Foreign Analysts do not see a bright future ahead for Argentina’s economy. While some place it among the countries most likely to default its debt, others fear it might not survive a new adjustment to the basic interest rates by the United States.

According to a Reuters report, five countries (Lebanon, Sri Lanka, Russia, Suriname, and Zambia) have already defaulted on their obligations so far in 2022 and another ten face large maturities, Argentina among them.

The Reuters study focused on the traditional signs of a debt crisis: the collapse of local currencies, bond spreads of 1,000 basis points, and the vanishing of reserves in foreign currency.

Next in line for an imminent default was Belarus. Behind it came a group of countries in which Argentina was also listed, with a US$ 400 billion dent.

“Argentina is the most exposed country with US$ 150 billion,” the report states, followed far behind by Ecuador and Egypt, with between US$40 billion and US$45 billion,“ said the paper, which on a more optimistic note mentioned the worst can be avoided ”if world markets calm down and the IMF steps in with its support.“

The Reuters report states that Argentina is ”the country with the world record of sovereign debt default“ and that this gap could widen. But the country’s reserves are critically low and bonds are trading at only 20 cents on the dollar, less than half of what they were after the country’s debt restructuring in 2020.

”The government has no major debt to pay until 2024, but after that, it soars and there are fears that the powerful Vice President Cristina Kirchner may push to default” on the agreement signed with the International Monetary Fund (IMF), argues Reuters.

In addition to Argentina, the other countries at risk were Ukraine, Tunisia, Egypt, Kenya, El Salvador, Pakistan, and Ecuador.

Meanwhile, the U.S. Federal Reserve has announced it would probably raise interest rates by 75 basis points again at their July 26-27 meeting, amid one of the worst inflationary crises in history.

A recent report from the Dallas Fed details that most of the world’s largest emerging market economies should be able to withstand rapid and sharp increases in Fed interest rates, so long as they have high reserves and low current account deficits, which Argentina currently lacks. The Dallas Fed paper pointed out that only Argentina and Türkiye have negative reserves.

Colombia and Chile have large current account deficits, but have ample reserves and low amounts of foreign currency debt. Mexico, with one of the lowest foreign currency debt holdings among the 13 economies, is in a much better place to withstand U.S. monetary onslaughts than it was 30 years ago during the Tequila Effect.