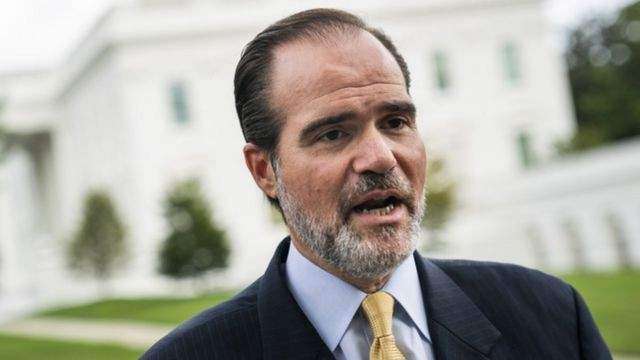 One of Argentina’s last remaining international creditors hinted that it won’t approve new funding until the government gets its house in order, raising the risk of further isolating the nation financially.

Mauricio Claver-Carone, president of the Inter-American Development Bank, published a letter in the Wall Street Journal Monday laying out the bank’s concerns. “Argentina’s tumultuous financial record uniquely affects the bank’s costs,” Claver-Carone wrote. “As much as the IDB wants to approve new funds for Argentina, it cannot rubber-stamp requests to do so without prudently ensuring it has a development impact.”

Argentina’s only access to international financing is through multilateral institutions such as the IDB, World Bank and the International Monetary Fund. The government of President Alberto Fernández defaulted on private creditors in 2020, effectively locking the country out of the international capital markets.

Claver-Carone’s letter follows local press reports that he’s denied the disbursement of a previously approved US$500 million loan for Argentina. The World Bank didn’t share Claver-Carone’s assessment of lending to Argentina, announcing a new project on Monday with US$200 million of financing to help small busines¬¬ses in the country. The World Bank didn’t comment on the IDB’s leader’s stance.

The IDB has lent more than US$2.5 billion to the South American nation since late 2020, Claver-Carone wrote. But the former adviser to US President Donald Trump said the bank is eager to see Argentina comply with its $44 billion IMF agreement before approving more funds.

Political infighting in recent weeks has triggered a currency rout that is sending inflation soaring and making it harder to hit its IMF targets.

Argentine Economy Minister Silvina Batakis met with officials from the IMF and US Treasury in Washington on Monday.

The presidency and the economy ministry didn’t reply to written requests for comment.