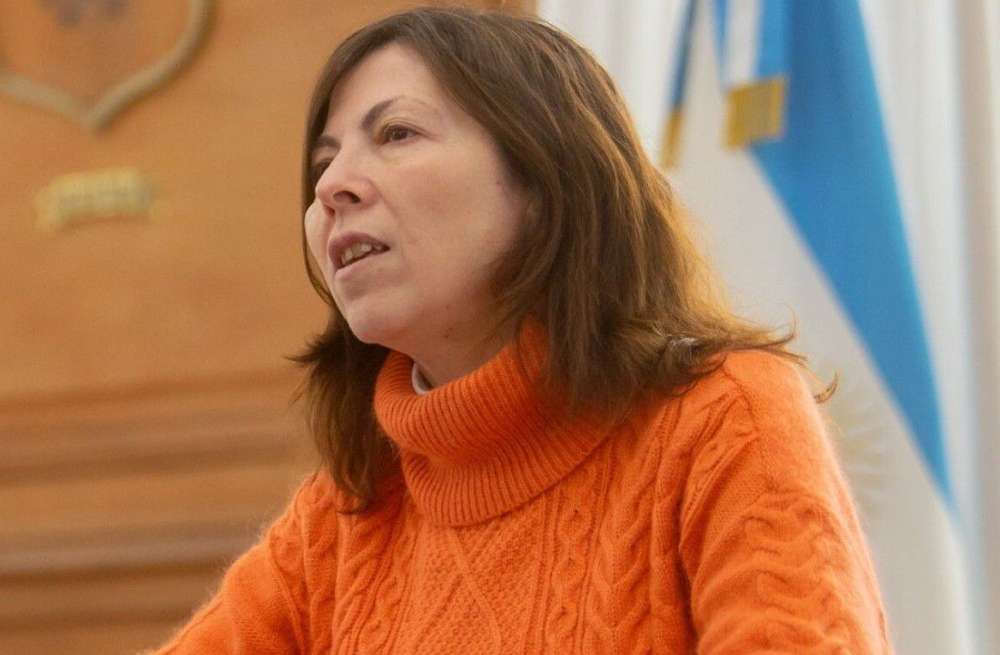 Argentina’s global bonds fell the most since they were issued nearly two years ago after the country named left-leaning policy maker Silvina Batakis as its new economy minister.

Sovereign dollar bonds dropped as much as four cents on the dollar, with some notes dipping below 20 cents on the dollar by midday in Buenos Aires. The country’s parallel exchange rate, known as the blue-chip swap, weakened as much as 15 percent before paring losses to 268 pesos per dollar. Argentina’s US-traded stocks also fell.

Batakis, who was named Sunday night following Martín Guzmán’s shock exit on Saturday, told a radio station Tuesday morning that Argentina must comply with its US$44-billion agreement with the International Monetary Fund, but that changes to the key targets in the programme will certainly change over time.

“Tensions are going to exist, but we have to work together” with the IMF, Batakis said, according to comments sent from a government press office. “At each review of the targets there will certainly be some modifications because the world is continuously changing.”

Before international markets reopened Tuesday, Argentines rushed to protect their money and businesses on Monday.

Savers yanked money out of bank accounts with online platforms posting five minute wait times just to log on. Local businesses reported people rushing to stock up on imported goods, like coffee, fearing the price would jump soon after the depreciation of the currency. Suppliers sent companies notices that previously announced price increases had been annulled for bigger ones.

“The new economy minister is seen as close to Vice-President Cristina Fernández de Kirchner, who banked on super tight capital controls, intervention in the private sector, fiscal expansion and even tweaked the metrics of inflation, to the loss of those who held inflation-linked bonds, during her 2007-2015 tenure as president. Ultimately, Batakis will have an opportunity to show whether she intends to write a new page or turn the book back a few chapters,” said Adriana Dupita, Bloomberg’s Latin America economist.

Batakis took the reins of economic policy after Guzmán, who has been one of the closest advisers of President Alberto Fernández since the start of his administration two-and-a-half years ago, stunned the government by announcing his exit with a seven-page letter on Saturday.

His resignation further exposed a piercing divide between Fernández and Fernández de Kirchner, with frantic negotiations for over a day to come up with a new economy chief.

Batakis, a low-profile, left-leaning economist seen as closer to Fernández de Kirchner’s group, served as economy minister in Buenos Aires Province from 2011 to 2015. Back then, Fernández de Kirchner was president and Daniel Scioli, currently production minister, was Batakis’ boss as governor of the country’s most populous district.

She didn’t respond to multiple requests for comment from Bloomberg News. In her first comments to the press Monday evening, Batakis tried to reassure nervous investors on the government’s policy path.

“I believe in a balanced budget,” Batakis said at the presidential palace without taking questions. “We’re going to continue with the economic program.”

The new minister more recently served at the national level as province secretary, a second-tier post at the Interior Ministry that’s run by a top ally of Fernández de Kirchner. Former officials say the role helped Batakis build relationships with Argentina’s powerful provincial governors, which could allow her to generate consensus as she navigates a divided coalition.

“She’s entering with pretty ample support because the governors know her,” Mercedes D’Alessandro, a former Economy Ministry official who directed policy on gender and equality issues until March, said. Batakis “is also keenly aware of the problems ordinary Argentines face.”

Still, Batakis won’t have any honeymoon.

Beyond inflation seen at nearly 73 percent by December and poverty levels reaching almost 40 percent of Argentines, economists forecast a recession for this year and the Central Bank has razor thin cash reserves to defend the peso against the brewing currency rout. The government has no access to international capital markets after defaulting on Wall Street investors in 2020. The country’s local peso debt market is shrivelling up too, rolling over less debt.

Analysts warned that the growing strength of Fernández de Kirchner’s far-left faction of the ruling coalition further jeopardises Argentina’s IMF program. The vice-president is a longtime critic of the IMF and last year floated the idea of not paying back the money before a deal was reached.

Even before Batakis took over, investors doubted the government could comply with the programme’s targets. Now, investors will be watching whether she can continue with its guidelines, particularly the cuts to government subsidies that the programme set out.

“What the market is looking for is – does she have degrees of freedom to make some of the tough decisions that Guzmán didn’t enjoy?” said Arturo Porzecanski, a research fellow at American University. “That’s question that investors are looking for an answer to, and for now they’re saying no.”