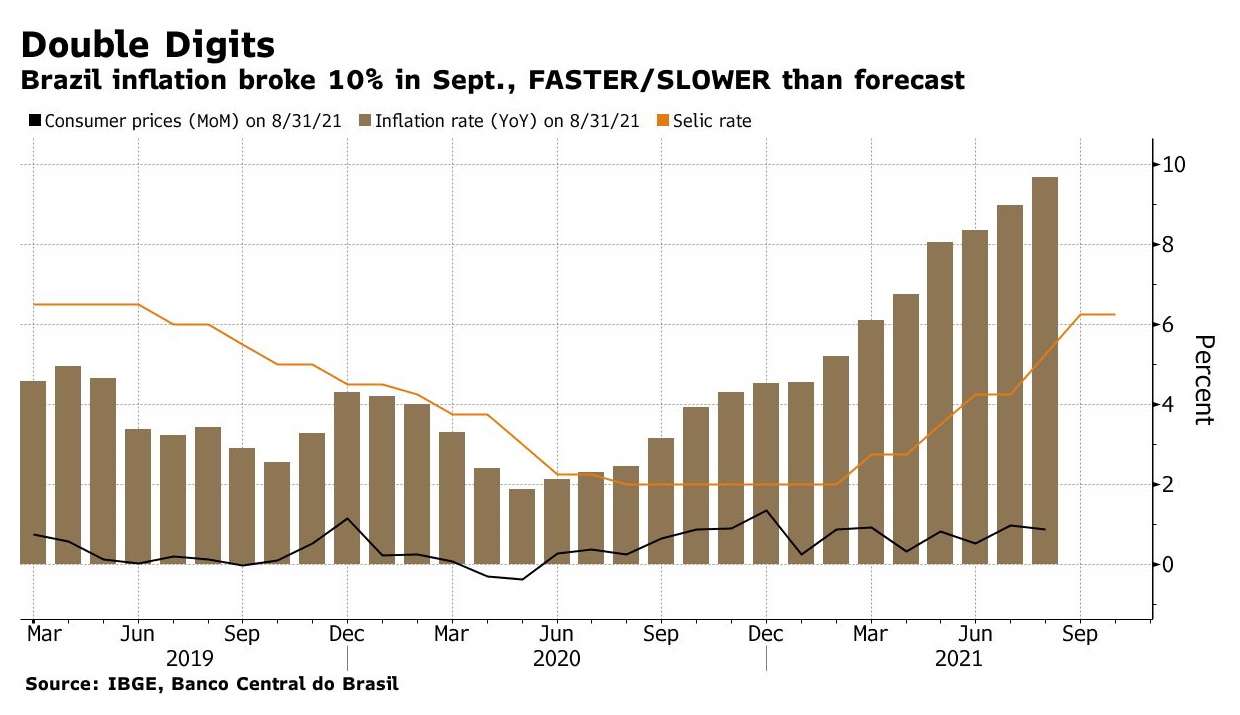 Central bank chief Roberto Campos Neto has overseen the world’s most aggressive monetary tightening campaign in the aftermath of the pandemic, lifting borrowing costs 725 basis points since March. The move helped push the economy into recession but has yet to have a meaningful impact on current price increases, threatening stagflation just as President Jair Bolsonaro seeks a second term this year.

Annual inflation ran nearly three times the central bank’s target of 3.75 percent in 2021, and analysts see it above goal through 2024. Policy makers target price increases of 3.5 percent this year and 3.25 percent in 2023, with a tolerance range of plus or minus 1.5 percentage points. “Inflation surprised on the upside in December and closed the year slightly below its November peak, but still in double-digits and significantly above the 2021 target. Brazil’s central bank is left with the tough challenge to cut inflation by half, or risk missing the target for a second year in 2022,” said Adriana Dupita, Bloomberg’s Latin America economist.

The bank’s efforts have been complicated by costlier fuel, kinks in global supply chains and a series of extreme weather events, from droughts to floods, that have stoked food and raw material prices. In December, all nine baskets of goods and services tracked by the statistics agency saw price increases. Food and beverages rose 0.84 percent while transportation increased 0.58 percent, representing the biggest contributors to inflation.

Policy makers hiked interest rates by 150 basis points in December and signalled another increase of the same magnitude was likely when they meet again in February. But Tuesday’s disappointing data left some investors wondering if the bank’s current pace of monetary tightening would be sufficient. Analysts pointed out that many items saw price increases in December after Black Friday sales expired from the previous month, while industrial goods also shot up in cost, signalling that inflation remains widespread. “It’s not a number that helps the market have a clearer outlook going forward,” said Carlos Menezes, a portfolio manager at Gauss Captial in São Paulo.

Given that annual inflation ended 2021 above the upper limit of the bank’s tolerance range, Campos Neto will be obligated by law to publish an open letter explaining why it happened and what will be done to bring it to target. Every central bank president has had to write such a letter in at least one occasion since Brazil adopted its inflation targeting regime in 1999.